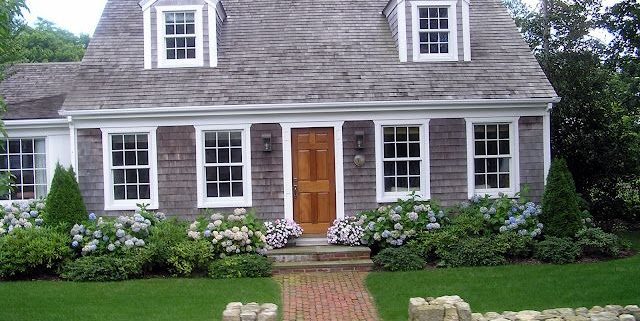 To everyone else it was just the immaculate cape cod on Pauline Street. To the neighbors it was George and Doreen’s home for over 40 years. By today’s standards, the tidy 1200 square foot bungalow with one bathroom hardly seems big enough for the three boys raised there. But raised they were, Kevin, Daniel and Rick: sharing bedrooms and taking over the basement until one by one they moved on to begin their own homes and families. Even after George died Doreen made sure it was taken care of in the manner of which he would approve. But the day had inevitably come when even her best efforts were not enough. It was time to let the house go.

Doreen called me to sell Pauline Street. When I arrived with my listing papers in hand, Doreen had her own set of paperwork – all of the maintenance records, warranties and receipts of home improvement and maintenance. Four decades of care in a plain yellow folder. Her sons, long moved out of state, were eager for her put the house behind her and come closer to the grandkids. Doreen wasn’t so sure. After all – 1461 Pauline Street wasn’t just a house. It was a box. A Memory Box of sorts. Every room held a story; every inch of that home told of family and love; celebration and loss; growth and change. Where a visitor saw an empty corner, Doreen saw where the Christmas tree stood. Where a bedroom sat empty of furniture – Doreen’s eyes saw two twin beds and Kevin’s guitar which always sat along that wall. And where a guest saw a tiny kitchen, Doreen remembered how many people crowded in for Daniel’s fifth birthday. Leaving wasn’t easy. Too much life had been lived in those rooms.

I sold the home on Pauline Street. My last phone call from Doreen came about three hours before closing. “This might seem strange,” she said. “But the boys are here to take me with them and we want to say good bye to the house. Can we go through it one more time?” Of course, I said. It wasn’t a strange request at all. As a professional Realtor I long ago grew accustomed to (and shared myself) the unique attachment we have to our homes. I met Doreen at the home. She was accompanied by Rick, Kevin and Daniel – now grown men, coming back to the home that represented their childhood. I silently watched and followed as they walked around the yard and moved through the now vacant rooms. They laughed. They told stories. Every story began with “do you remember…” and ended with a friendly disagreement on the details of the long ago tale that had its genesis in this humble cape cod. And they cried. Unashamedly three grown men cried as they locked the door on their past one last time.

I cried too. Because I know that the door we shut for the last time was more than a repetition of a gesture done 1000’s of times over the life of this home. It was shutting the door on a life, a time in history, and a family that would never exist again at 1461 Pauline Street. Certainly there is life to be lived in the next chapter; good memories to be made; laughter to be had and holidays to be shared. But the transition to the last chapter is rarely easy and even when it holds great promise, it is hard to imagine that it will bring the same joy as a chapter well written.

Occasionally, I still drive by the house on Pauline Street. New memories are being made there by a young family. Sometimes I wonder if they know how special their home is? If they ever want the details, I know three adult men who have stories to tell.

Have You Ever Attended One of My DownSize Columbus Seminars?

Would You be “Infectious” in Las Vegas?
Scroll to top