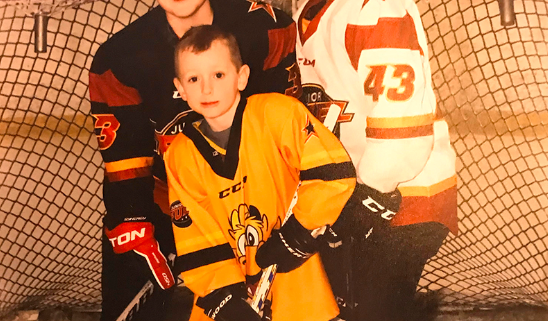 Last summer I visited Israel.  While driving through Arab communities I noticed an odd phenomena:  what looked like apartment buildings had occupied street-level dwellings and perhaps a completed second level, but often the third level was left uncompleted.  It looked like buildings were perpetually under construction.  I asked a local and was told that individual families owned the buildings. Mom and Dad lived on the street level. The oldest son, upon finding a bride, was “gifted” the second level.  And on up.  The uncompleted third level was waiting for son number two to get married, at which time the community joined together to finish the apartment.  Like a concrete barn-raising.  When the parents died, everyone moved down a flat, and on it went.  I was told it was unthinkable to “move away” for any reason. Generations had lived on land that was the possession of immeasurable value to the family.

An Arab patriarch would find the spread-out, long distance relationship with our adult children both baffling and sad.  Increasingly, Americans are feeling the same way. More and more grandparents are moving to stay close to their children and grandkids.

The decision to sell a loved and decades-owned home in a community where one is rooted and comfortable is a big one.  Culturally, it is a relatively new phenomena: generations past were Patriarchal/Matriarchal.  Mom and Dad were the center of a familial universe around which the younger generation circled and expanded — but not further than a return for Sunday dinner at Mom’s allowed.  Today’s young Mom and Dad are often the head of two income families with job opportunities time zones away.  Interstates and airports make “getting home” deceptively easy so that maintaining family relationships is a well-intended hope.  In reality, time flies, opportunities slip away, and months pass without more than a phone or video call.

Scott and Debbie Mullarkey saw the inevitable happening — perhaps with greater clarity because they had lived through the pain of distance with their own parents.  Debbie was an only child of a Youngstown, Ohio couple.  After attending Ball State in Indiana, she and Scott decided to move to Columbus – a convenient middle ground between Indiana friends and northeast Ohio family.   The 128 miles from Columbus to Akron was a manageable drive for decades of holidays and vacation visits.  But as her parents aged, Debbie became a long-distance caregiver.  Either she or Scott travelled every weekend to care for her parents, eventually moving them closer to their own home to alleviate the stress.  “I became everything to them” says Debbie.  “I was the decision maker; I was the cook and the house cleaner.” Full time care giving put a strain on Debbie’s job, marriage, and social life.  When the Mullarkey’s daughter Erin married Tony Kerins and moved to Indiana, Debbie saw the mirror of her past in the future “I didn’t want to put Erin through what I went through.”

And, of course, there were the grandkids.  Three hockey-playing boys, Aiden, Max and Chase.  “We were traveling every 10-14 days to see them,” says Debbie.  While these times were wonderful, it also reminded Debbie what they were missing.  “We regretted the time we missed. Sure, we could get there to see a game or an all-day tournament, but we were missing the small things, the day-to-day joy of watching them grow up.”

Even with the allure of being close to Tony and Erin and the boys, saying goodbye was hard. The Mullarkeys were deeply invested in their community.  They were Ohio State season ticket holders, community volunteers and very active in the local Senior Center.   Another consideration: did Tony and Erin want Grandma and Grandpa down the street?  “We sat down with our son-in-law and asked if this made him uncomfortable?” Said Debbie.  Open communication and established boundaries are essential. “We don’t talk to our daughter every day,” says Debbie. “We don’t interfere with their marriage.”

Debbie’s advice for grandparents missing the kids: Look for a community in which you would live even if they didn’t.  Find your life – you are not joining their life.  The Mullarkeys are again invested in their new community: they tutor at the local elementary school; she has joined a quilting group and they have an active social life in their Over-55 community.   “We moved in December and went to a New Year’s Eve Party in our neighborhood. You have to put yourself out there.”

This blog is written by Kathy Chiero.  The Kathy Chiero Group, Keller Williams Greater Columbus is the proud sponsor of DownSize Columbus and Central Ohio’s top real estate team. Find us at www.OurOhioHome.com.

The “Good” in Goodwill
Scroll to top